You are here: Home » About Bhutan

Welcome to The Land of the Thunder Dragon.

The Kingdom of Bhutan is a magical country nestled in the eastern Himalayas where the King rules by a 72 page document entitled Gross National Happiness. Any experience in this Buddhist country, is a rare and unique cultural adventure.

Bhutan is flanked by India to the south, west and east, Tibet and China to the north, and has a famous neighbor, Nepal. But Bhutan’s rugged landscape and unique cultural and spiritual grandeur have caused it to be touted as an oasis of innocence in a frenzied and competitive world—a kingdom where compassion and wisdom are the benchmarks against which all things are measured. And, unlike Nepal, Bhutan’s rigid tourist restrictions close these treasures to many foreigners, which only make it more tantalizing as a destination for adventure and spiritual seekers.

The country of Bhutan is one of the few places on earth that has never been colonized—boasting of a heritage going back to prehistoric times. With belief systems steeped in magic and mysticism, they have protected their natural environment as a haven that World Wildlife Fund calls, the ‘hot spot of biodiversity’. As a deeply Buddhist country, the Western world has labeled Bhutan as The Last Shangrila.

In addition to being one of the most recent nations to accept TV and Internet (1999), and install a democratic government, Bhutan is home to the highest unclimbed mountain on the planet, Gangkhar Puensum (24,840 ft.). It is a testament to Bhutan’s leadership that it rejected revenues from foreign climbers and instead prioritized the spiritual wishes of villagers that the mountain remain untouched.

Bhutan has fewer cars than cattle, and no traffic lights or McDonalds. There are more monks than military personnel and social progress is measured NOT not in terms of economic development or GDP, but in terms of happiness, as defined in their ruling document entitled Gross National Happiness.

For a small nation, it dares to be different. As there are revolutions around the world rivaling corrupt leaders, Bhutan’s absolute monarch the 4th King, not only abdicated the throne to his son against the wishes of the people, but initiated a transition into democracy to give more power over to an elected government and its citizens. But despite this switch up in power, the country remains deeply in love with its Royal Family and this heartfelt loyalty is palpable.

Bhutan houses less than 1 million people; 70 times smaller than that of its southern neighbor India and 205 times smaller than the northern neighbor China. Yet it has remained harmonious with these giants while maintaining its own unique and traditional culture. And while capturing the hearts of less than thirty thousand visitors that the country allows in every year.

The peacefulness of Bhutan’s predominant Buddhist tradition flourishes in harmony with those of other faiths in country. This tranquility permeates the air and every being; human, cow, yak, dog, chicken and horse, exude this sense of ease in the Land of the Thunder Dragon.

Experience the essence of Bhutan.

Come for an adventure, and stay for the cultural experience of a life time. 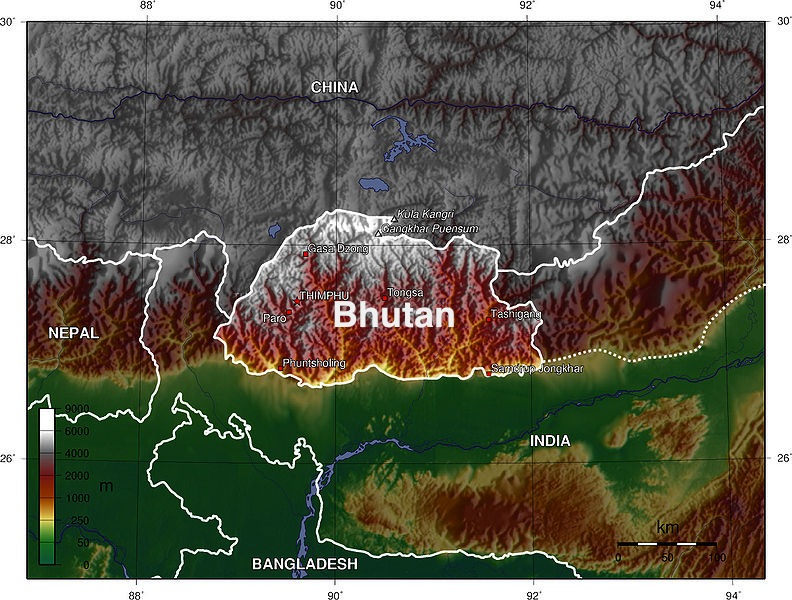